Are You Self Sabotaging Yourself?

Are You Self Sabotaging Yourself? 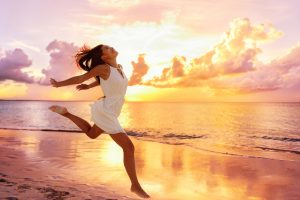 Our behaviour is said to be self-sabotaging when it creates problems in daily life and interferes with long-standing goals. Procrastination is one of the most common self-sabotaging behaviours and can include, self – medication self with drugs or alcohol, comfort eating, and forms of self-injury such as cutting.

We aren’t always consciously aware that we are sabotaging ourselves, and connecting a behaviour to self-defeating outcomes is no guarantee that we will stop doing it. However, it is possible for us to almost overcome any form of self-sabotage. Behavioural therapies such as hypnotherapy, mindfulness, meditation and so on can aid in preventing generational patterns of thought and action while strengthening our commitment and understanding. Motivational therapies can also help reconnect people with their goals and values.

Why Do People Self-Sabotage?

There are many reasons why a person might act in a way that proves damaging to her or his own well-being.

Some individuals, of course, spend much of their lives struggling with powerful cravings for food, drink, gambling, or other temptations that come at a painful cost to their health or relationships. But the things that lead to self-sabotage can also be more subtle, such as an accumulation of dysfunctional and distorted beliefs that lead people to underestimate their capabilities, suppress their feelings, or lash out at those around them.

How do I know if I’m sabotaging myself?

You may not always be able to recognise your self-sabotaging behaviour, especially because the consequences might not immediately follow the behaviour, making the connection unclear. One approach is to examine whether your behaviours are aligned with your long-term goals. If not, the behaviour may be self-defeating.

What are different forms of self-sabotage?

People can stand in their own way for countless different reasons. Common types of self-sabotage involve procrastination, perfectionism, relationships, work, finances, time, and change. For example, a perfectionist who wants to complete a task flawlessly may dismiss incremental improvements, when making even a little progress would actually help accomplish their goal.

Why do I always procrastinate?

People procrastinate on tasks that in some way evoke anxiety or distress. Putting the task off allows people to avoid those negative emotions—even if it also prevents them from accomplishing long-term goals that would bring happiness or fulfilment. Distractions, like social media, or setting vague deadlines like “I’ll get to that next week,” also fuel procrastination.

Self-effacing behaviour can emerge when people have trouble believing in their own abilities. A problem for women in particular, extreme modesty can hinder success by derailing one’s own confidence and by hindering other people’s confidence in you, as research shows that self-effacing individuals are generally better liked but are also seen as less competent.

Why do I always sabotage my relationship?

Developing a deep relationship leads to vulnerability. The process can make some insecure about the potential loss of the relationship, their self-esteem, and uncomfortable feelings that surface. The desire to avoid emotional pain and protect themselves could be the reason for sabotaging a relationship. Exploring those emotions and fears in therapy can help break the pattern.

Drinking and doing drugs allows people to escape difficult emotions. They can develop a warped perception about the habit, such as that they need alcohol to be liked and have relationships—even when reality demonstrates the opposite, such as drinking ruining their relationships. These distorted beliefs, in addition to the neurobiological changes, make overcoming addiction extremely challenging.

How Do I Stop Self-Sabotaging?

Documenting and analysing behaviour is a key component of preventing self-sabotage. People prone to self-defeating behaviours can notice when they feel stressed, and write down both the source of that stress and how they responded. They can explore whether that choice encompasses any mistaken or harmful beliefs, and then train themselves to respond in a new, healthy way, such as by sharing feelings with others, exercising, or developing a new hobby.

Harmful thought patterns can occur automatically without conscious processing. To uncover them, try and bring more conscious awareness to your thoughts. Take note whenever you feel a distressing emotion—what were you thinking right before that? Doing this exercise regularly can uncover your self-sabotage triggers.

How do I stop sabotaging my relationship?

Begin by understanding your childhood relationship patterns and identifying current triggers for self-sabotaging behaviours—like picking fights or blaming a partner—perhaps by journaling. Learn to tolerate some discomfort and respond with a healthy behaviour instead. Communicate your habits and progress to your partner and cultivate self-compassion as well to avoid sabotaging future relationships.

How do I stop sabotaging my success?

Choose which pattern most hinders your success, such as procrastination, low self-esteem, or poor financial choices. Identify the triggers for that behaviour and make a plan for actions to take instead.For example, if negativity is a problem at work, plan to make one positive comment each day. Embrace improvements, rather than elimination, to make incremental progress toward your goal.

How do I stop procrastinating?

It can be helpful to start a task without thinking about the entire project or timeline. Beginning at any point and accomplishing even a tiny portion will fuel motivation and change your perception of the project. Anticipating future behaviour, planning how to respond, and eliminating distractions until a designated time can be valuable as well. 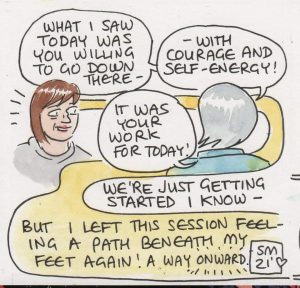 Here is a Quiz which will allow you to understand why to stop doing the things that you do, and help you to set Goals to deal with your self sabotaging more effectively.